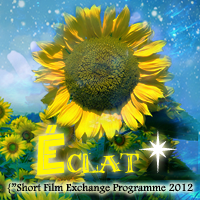 "ÉCLAT {”Short Film Exchange Programme 2012" has come to its final stage and the creations of the teams have been posted on JSECS Facebook Page (http://www.facebook.com/jsecs). We would like to thank the teams' efforts put into shooting and editing the short films.

This year's theme is "ÉCLAT - Dazzle the World". The videos are now open for voting and the voting session will end on 6th August 2012 at 11:59 p.m. The Facebook Most Liked Award will be given to the team with the most likes.

Meanwhile, Mingjai and 小野 have been invited to be the judges for the Best Short Film Award. The prizes will be presented on 9th August 2011 during the closing ceremony of the 23rd Hong Kong Joint School Electronics and Computer Society in Citywalk 2.